Covers for the Hawk Books trade sized reprints in 2000, art by Boris Vallejo,
stacked above the 2002 Russian language editions from Alpha-Kniga, art by Ilya Voronin. 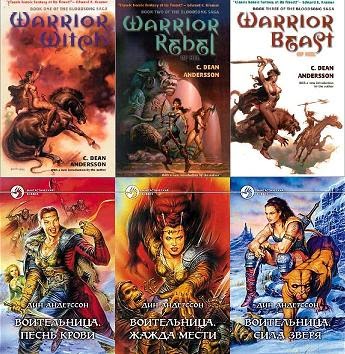 I finished revising and expanding my Norse heroic fantasy trilogy into what is called an "author's cut." All three novels, Warrior Witch of Hel, Death Riders of Hel, and Werebeasts of Hel, are now bundled into a 3-in-one ebook set called HEL X 3. 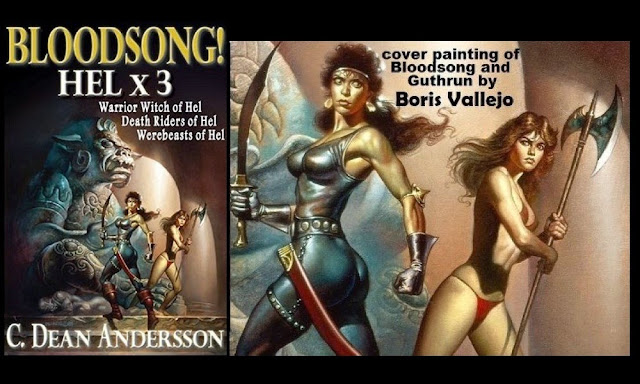 I discovered from working on the Hel novels that I liked Bloodsong and her allies, warriors, shapeshifting berserkers, Witches (good and not so good), villains (bad and worse), and monsters (don't even ask) in the three books so much that I wanted to spend more time with them and am now writing a new novel in the series, Valkyries of Hel.

Most of the characters from the first three books return in the fourth book, but there are some interesting changes. For example, there will be K-Pop.

Here is the original cover for the first edition of the first Hel book, September 1985, published in the Questar line under the Popular Library imprint (that was then owned by Warner Books), gorgeous art by the legendary Boris Vallejo, and written under my previously used pen name (because the publisher insisted) that I later stopped using. 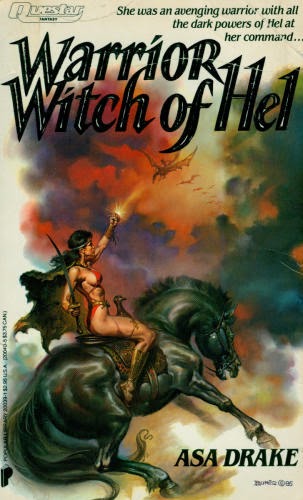 My webpage: C. Dean Andersson
Posted by Unknown at 4:27 PM